In 2022, the fact-checking team of the Bulgarian National Radio (BNR) developed the first materials, part of the project “Pilot radio fact-checking for a more reliable media environment: #factcheckEI_BNR”, that the European Institute and the BNR are implementing with the financial support of the European Media and Information Fund (EMIF).

The topics of the pilot radio fact-checks generated significant interest and active engagement of radio listeners and online readers. At the beginning of the new year, the European Institute briefly summarizes the first fact-checks – more details can be found in the links provided for each publication.

The first fact-check was dedicated to statements that appeared in November on several websites about an upcoming increase in the price of all public transport tickets in Sofia from BGN 1.60 to BGN 2.00. Polina Nacheva followed the trail of the alarming rumor and concluded that the statement “they are raising the price of the ticket in public transport in Sofia” is misleading. #factcheckEI_BNR concluded that the price increase is only for those tickets that are sold by the drivers. The journalist was also a guest in a program on “Radio Sofia” and presented her investigation to listeners from the capital.

The reason for the next topic developed by the fact-checkers was a photo circulated on Facebook and Telegram of a geographic map in a “Spanish” geography student’s book with “new” borders of Russia. According to the map, Russia’s territory includes Crimea and territories of Ukraine that Russia announced as annexed after referendums in September 2022. Ivelina Georgieva checked the facts and found that the statement was false. The reason – the circulated photo of a map from a geography student’s book is manipulated, and the textbook is not Spanish. In addition, the fact-check was published also in Spanish and Russian as part of Radio Bulgaria’s program for foreign language audiences.

A movie released in November, assuming that there was a connection between the vaccination against Covid-19 and cases of sudden death, was the reason for Georgi Nikolov’s next fact check. “Died Suddenly” is a movie of Stu Peters – a man whose conspiracy statements on various topics have been debunked more than once. The fact-check (#factcheckEI_BNR) concluded that the movie’s implications are misleading. The author Georgi Nikolov presented the conclusions of his investigation in BNR’s program. He commented that in many cases the misleading materials circulating on the Internet are not new, but are related to older stories.

The topic of fake news and the vulnerability of the audiences to it has been also discussed on-air on the “Horizont” program, with the participation of Rosina Petrova – a reporter at “Horizont” and a member of the BNR fact-checking team, Georgi Kostadinov – an information technology and artificial intelligence expert, as well as Maya Anais-Yatagen – a journalist and trainer from France. They affirmed that fake news always target the most sensitive for the society topics.

Ms. Yatagen and Mr. Kostadinov were trainers in the first fact-checking training held under the project in October 2022. As a result of the training, participating journalists and fact-checkers improved their skills in using digital tools and platforms for more effective fact-checking, content and image analysis, monitoring the disinformation ecosystem and the connectivity of websites spreading misleading information.

In the new year 2023, the Fact-Checking Team will develop fact-checks on new topics and everyone is welcome to report false statements that are, or are at risk of becoming, misinformation. The European Institute and BNR will organize two more fact-checking trainings – the correspondents and reporters of the BNR in the country, as well as members of the teams of BNR’s regional radio stations, will be invited to participate. After the training, journalists will prepare fact-checks on topics of local importance.

The initiative “Piloting Radio-FACT-Checks for a More Trustworthy Media Landscape” is the first of its kind EMIF project in Bulgaria and aims to increase the visibility of fact-checks among radio audiences and, in particular, among society groups that are most vulnerable to misinformation. 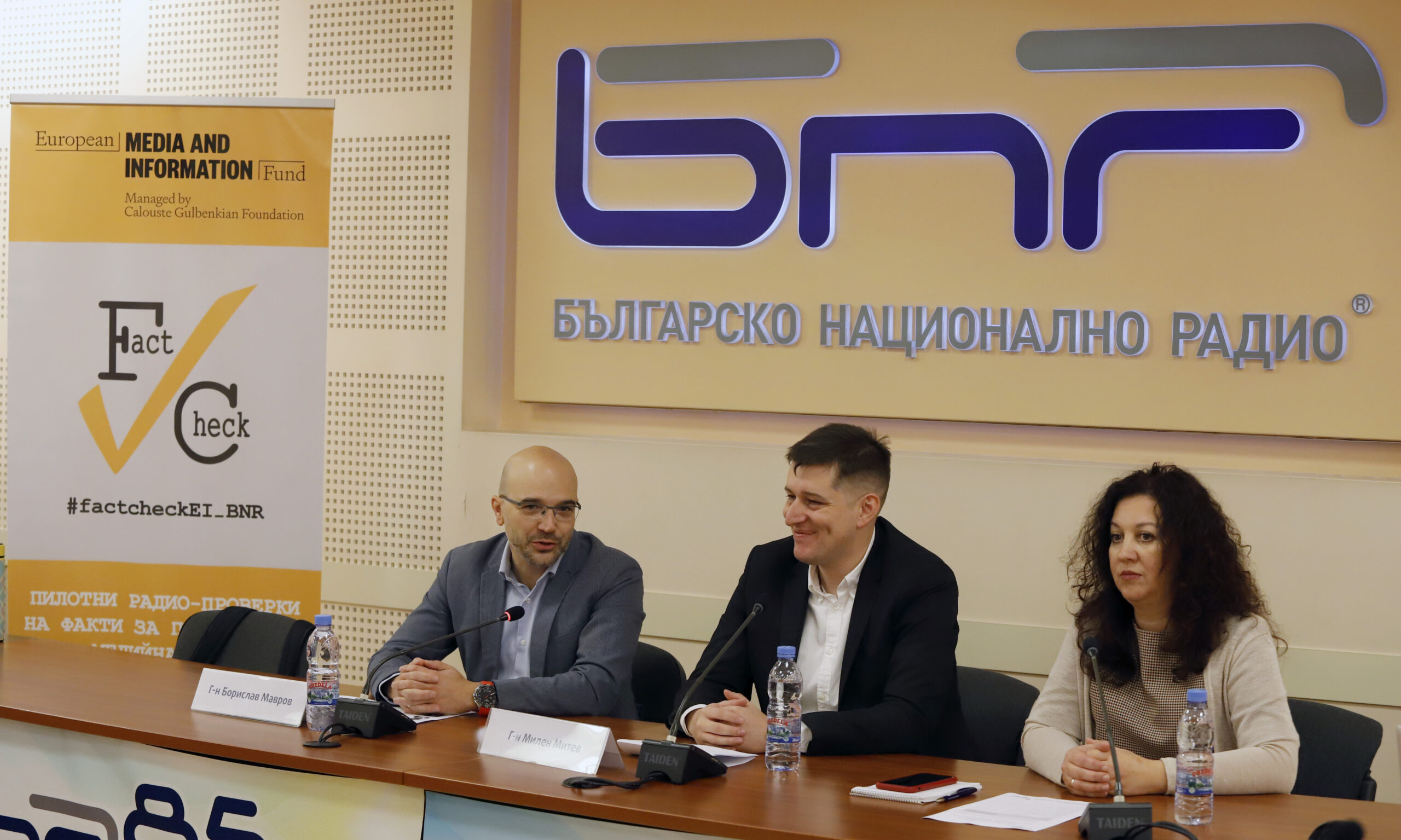 The European Institute has successfully conducted the first Pilot training under DronWise Project. Training took place on the 17th May…
24 August 2020

Why an EU Return Action Plan? The return of asylum seekers to Europe is one of the most effective ways…
Skip to content